Pirates be needin' to keep their wits and cutlasses honed. So here be a little tale to ponder. 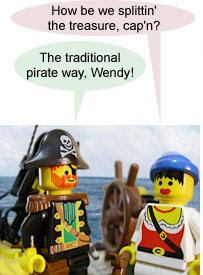 We pirates be splittin' some booty - government bailout booty! We been busy doin' executin', so we be decidin' some executive bonuses are in order - an' we be takin' aboard a thousand bars o' gold!

In order of seniority, we be the captain, the first mate, the bosun, the bosun's mate and the scurvy crewman. So how be we dividin' the booty? 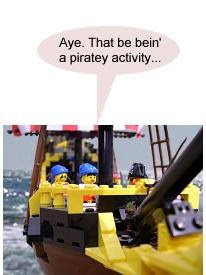 Arr. While ye ponder that, sharpen yer wits by readin' this month's Carnival of the Elitist Bastards!

Splendidelles takes on a lubber who is apparently a stranger to robust dissent and administers a telling riposte... largely by letting the lubber's screeches speak for themselves.

Annie has moved blogs to 'a refrigerator box at The Virtuous Skeptic'. Annoyed at being treated as 'an invisible, inconsequential mindless paramecium,' in Nurse Is Not A Dirty Word, Annie points out that the contributions of nursing research to developments in patient care are being ignored.

PalMD at White Coat Underground asks what the inauguration of a new President will do for medicine. Beginning with the "ethical apocalypse", he tours the sorry legacy of the previous administration. (Apologies to PalMD - the original direct link to the article had a glitch in it - now repaired) 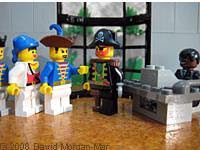 Z, over at It's the Thought that Counts calls on politicians to quit raising ignorance over expertise. In "Academia versus politics?", Z argues that politicians should be leading public opinion toward what needs to be done, not watering Steven Chu's expertise on energy policy down for tenuous political advantage. 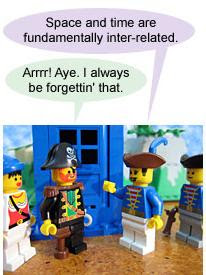 Blake Stacey at Science After Sunclipse takes on the issue of the New Scientist with the "Darwin was wrong" cover (a popular target, for obvious reasons). However, never one to just run with the herd, Blake takes aim at the gross oversimplifications of the editorial, where Lord Kelvin's famous quote is taken out of context and put to bad ends. Blake argues that Elitist Bastards are people who care to get things right, revealing a much more interesting tale than the usual story of a grumpy and out of touch physicist. Blake says that his post is 'somewhat complementary to this post by my blogo-friend GG' - and indeed, it also takes on the tendency 'to streamline and oversimplify science history to the point where it presents a genuinely misleading impression of not only how things happened, but how science is done'. 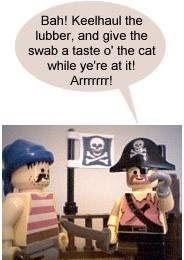 George at Decrepit Old Fool takes on faith-based gambling (in its myriad guises) in his post Betting against the house. He points out that placing faith above data and knowledge is what built Las Vegas - and also landed us in some serious messes.

Meanwhile, over at Thoughts in a Haystack, John Pieret delivers a broadside in New Year, Old Crap, where he takes on a lubber who links eugenics and the Holocaust to ... you guessed it! ... "Darwinism." Pieret (now there's a piratey-sounding moniker) shows him the plank. 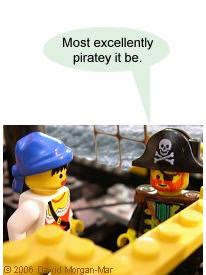 Stephanie at Almost Diamonds writes about the joy of making the world a little better by helping turn someone's rough diamond into a gem. We loves gems.

PodBlack Cat tackles the impact of superstition in traditional beliefs and looks at some amusing titles in 'Year Of The Ox - Charming Tradition Or Load Of Bull?'. (Catgirl pirates! Arr!)

Dana over at En Tequila Es Verdad reckons that getting people to read more science books seems like an Elitist Bastard-worthy goal. After seeing the nonsense produced by the scurvy knaves that some of our game crewmates have tackled, I can only say "Aye!"

Arr, and there be the skeptical scribblins o' some other sea dog, who wants ye to keep a weather-eye out. Better take a look, to be sure. 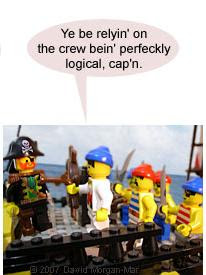 So, what should the captain propose to his crew?

I not be spoilin' a pretty puzzle so quickly, by just showin' ye where to dig. But if ye be yet curious and at the same time, too full o' rum to be figurin', the rattlin' finger bone of old Pete will point the way to dividin' a paltry hundred gold pieces. Ye'll have to figure it out from there.

Or in lego-comic-form, here. (Yes, that's where all the images come from.)
Posted by Efrique at 10:01 AM

Bravo! I am working my way from one to the next. To my delight I find I've already read a couple, which must mean I'm reading the right blogs.

(One of the PalMD links is empty.)

LEGO FTW! Now I know you are truly Elite.

Well, Irregular Web Comic is elite, I just read it.

In the "Space and Time are fundamentally interelated" cartoon, that blue box in the background looks suspiciously like the TARDIS ;-)

If so, that would be a REALLY subtle touch, sez Who ;-)

Well done. I was hoping to make it to the end of the articles and then comment, but I'm barely halfway. Pirates rule. Arrr. ;)

Eunoia said...
In the "Space and Time are fundamentally interelated" cartoon, that blue box in the background looks suspiciously like the TARDIS

Yes, that is a TARDIS.

If you follow the link at the end of my post to the webcomic (irregularwebcomic) they came from (with permission, btw), and then follow the Pirates theme forward, you'll see it's part of a story about time travel and destroying the universe. As it happens the story it's part of crosses many of the other genres in the webcomic.

The TARDIS comes in a few strips in.

Or if you want to go back to the very start of the Pirates theme, try this.

And on the other hand, if you want to just read all of the comics (David has done well over 2000 comics - I've been reading it since a few days after he first started) - you should go here.

It starts off with just a couple of themes, and then he progressively adds genres one by one.

For me, the annotations are a highlight. For example, in his most recent annotations, he discussed cliches (briefly), black holes, whether animals go to heaven*, and how soundtracks are recorded on movie film.

David has a PhD in astronomy, so when he discusses things like black holes, he knows his stuff - but even when he's on home turf, he keeps it as simple as possible while (generally) still delivering solid content.