I only just saw that Blogrolling.com is shutting down and that Mojoey's atheist blogroll has been affected; he has some new (temporary) code up that will link to the list of blogs while he gets something new up.

If I get time today I'd put his new code in, but in any case I am putting this here to remind me that I need to do something about it, and to help promulgate the issue (if I didn't know, presumably some other people don't either).
Posted by Efrique at 9:20 AM No comments: 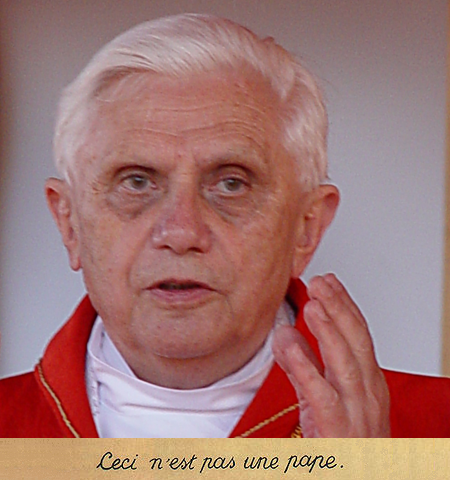 Over at Dear Coke Talk blog, coketalk has on occasion delivered some epic smackdowns.

Take a look at this one, where every sentence someone wrote to her has been linked to the wikipedia page of a logical fallacy it invokes.

Is faith a reliable way to find religious truths?

A response to "I just have faith."

By faith here we mean religious faith of course - which is related to the meaning of faith as something like "belief that does not rest on logical proof or material evidence" (one of the meanings of faith) rather than the kind of faith that is confidence that arises because of reason or material evidence (a different meaning of faith). Beware equivocational imitations.


Is faith a reliable way to find religious truths?


While we ponder that question, look at this: 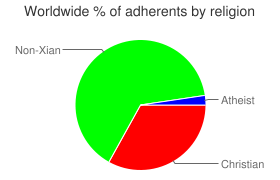 If the answer is yes, how, then, it is the case that more theists in the world think Christianity is false than think it is true — surely faith, if it is a reliable path to truth, would overwhelmingly lead people of faith to truth?

Either faith isn't a reliable way to find truth - and so we should not rely on religious faith to discover what's true
or
the truth that most people are led to by faith is that Christianity is false.

(Aside: I'm not making an argumentum as populum here - I'm showing a consequence of the premise of reliability)


The same argument works for any religion.

Any consequences for the old argument about "different ways of knowing" is left as an exercise for the reader.

A guy with a gun, a really good plan and a bit of luck might steal a hundred thousand dollars.

To steal a billion dollars, he has to swap the gun for a briefcase.
Posted by Efrique at 10:45 AM 2 comments:

And the Christian Lobby goes ballistic about ethics classes... again

This morning on breakfast-news TV* there was discussion of the ethics class issue, between a representative from the NSW Council of Churches and another fellow whose affiliation I didn't catch but I presume to be representing the St. James Centre - the group that designed the syllabus for the ethics class trial.

*(this was on ABC2 - the ABC is basically a government-owned but editorially independent national broadcaster - their breakfast news and current affairs coverage is substantially more serious than on the commercial networks, which tend to be more like the US network-style breakfast programs - a glossy entertainment magazine of celebrities, diets and other ephemera)

Well, the guy from the Council of Churches was pretty upset that the government was going to go ahead and implement the recommendations, but his central objection was telling. He stated that the biggest problem was that the students *currently* getting religious instruction ("scripture class") *would have the option to take the ethics class*.

That's right - he was objecting primarily to parents having the choice, if their child was currently going to religious classes. But he didn't actually explain why the choice was bad.

Why is this? Well, the problem was he couldn't raise a serious objection to the kids not currently in religious classes having the choice of attending the ethics class instead of doing nothing (though he did attack the content of the syllabus also) - the interviewer asked him specifically what objection he could raise to then having the choice. So he was only left with the fact that the kids not already sitting out the various forms of available religious instruction would be able to choose to opt for ethics classes as well. [The church lobbhy have even argued at one point that the kids in religious classes would miss out on instruction in ethics (!) ... oops. Er, no, we didn't mean to say we don't teach that.]

This choice is a problem for the churches. While about 20% of Australians list no religion on the census, many of the ones in NSW still have their children attend school religious classes for a variety of reasons. There is also an even larger group that do have a nominal religion and list it on the census (i.e. they list whatever religion ran the religious class they attended themselves when they were children, which would have been the church one of their parents actually attended at some point) - these "nominally religious" people do send their kids to religious instruction - but many of them would choose not to if there was a serious alternative.

Provided sufficient volunteers can be found to run the ethics classes, this could easily halve the attendance at religious instruction (it's what they feared before the trial began, and it's what actually happened).

Hardly anyone actually goes to church any more (to my recollection, something like 10% of Australians attend church more than twice a year, other than weddings and funerals - and most weddings and funerals aren't even held in churches any more). Apart from that core, the rest of the kids are "up for grabs", and they know parents will vote with their feet.

Sundary school is largely a wasteland. The religious classes are, for many, the only place the churches have to get their hooks in... so they're hanging on for dear life to the one really solid free shot at impressionable minds they've got - an advantage they've had entrenched in legislation for 150 years now. The legislation won't change, but for the first time there will be an alternative to religious instruction for those who opt out of religious class, and many, many more are going to take that option.

They're afraid (and they made that quite clear) that free choice will mean an even more rapid demise than they're experiencing now. And they're doing whatever it takes to make sure that doesn't happen.


Hell hath no fury like a vested interest masquerading as a moral principle
Posted by Efrique at 9:52 AM 1 comment:

Since the Premier had already said if the report recommended adoption, that it would be implemented, it looks like it will go ahead next year. On top of the same-sex-couple adoption legislation (her speech), this will make another worthy achievement for her (nevertheless still doomed) government. Keneally will go down at the next election, but if she manages this, I will certainly remember her as having had a number of very worthwhile achievement.

It's worth noting that Keneally is a Catholic, and has an MA in religious studies from a US Catholic university (she was born in and grew up in the US).
Posted by Efrique at 12:59 PM 4 comments:

Thankfully, someone is keeping a watch on those very scary atheists...

Someone is very worried.

It's all red because atheists are dangerous and must be watched. Or something will happen!
Posted by Efrique at 12:38 PM 5 comments: